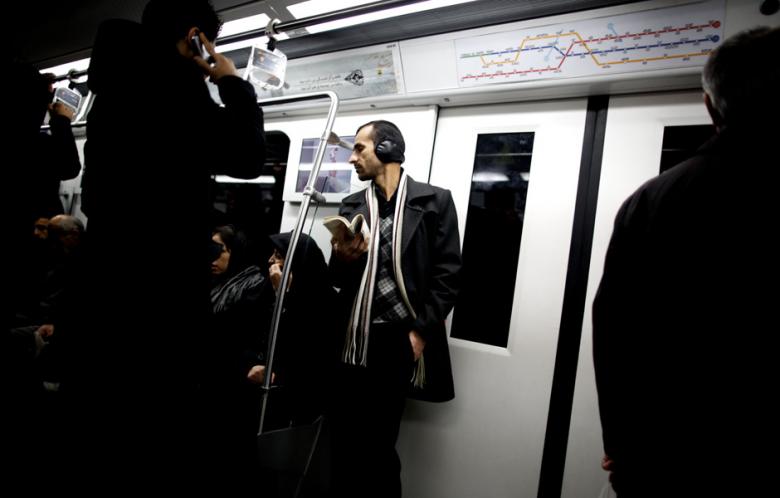 How does Mahdism influence Iranian foreign policy?
It’s a question that requires a probing of Iranian foreign affairs and the Shia belief that, the Mahdi, or 12th Imam, will return before judgment day.

To understand Iran’s foreign policy, one must consider two particulars: national interests and the religious-historical identity of society and the regime. Between the two, there is a certain level of tension that must be resolved, particularly in the Shia conception of the return of the Mahdi.

When it comes to how Shia perceive their role in waiting for the Imam, it is useful to look to the two categories of millenarian movements defined by Eric Hosbawm: passive and revolutionary.

In discussing European millenarian movements, Hosbawm writes that those in the latter category have “fairly definite ideas on how the old society will be replaced by the new one,” namely through the “transfer of power.”

On the other hand, passive millenarian movements expect the revolution to make itself through “divine revelation, by an announcement from on high, by a miracle…”

The traditional Shia approach of ”waiting” means praying to God to send the Imam. Once the believers accomplish their individual worship – and when corruption and oppression fill the world – the Imam will return and spread justice.

However, the Khomeini approach is more similar to modern revolutionary millenarian movements; the believers must strengthen their faith individually and socially, promote Islam, and build the necessary power to prepare for his return.

Ayatollah Mortada Motahhari, a leading figure in the Islamic Revolution of 1979, divided these types of waiting into destructive and constructive, both based on different views of evolution and changes in history.

The constructive waiting views the issue of the Imam’s return as one circle in the circles of struggle between the powers of good and evil. Both Khomeini and Khamenei emphasized this concept repeatedly, thus refusing the traditional approach. Khomeini once said, “We place this revolution in the hands of the Mahdi. If God pleases, let this revolution be the first step toward the appearance of the One Whom God Has Preserved, and let it pave the way for his arrival.”

One main approach to the issue of how Mahdism influences Iranian foreign policy is that of the “martyr state,” a view that grants Mahdism a pure determinable influence over the country. If Iranian leaders believe the Mahdi is returning soon, Matthias Küntzel argues in the New Republic they have no reason to compromise and engage in pragmatic politics.

In 2009, Israeli Prime Minister Benjamin Netanyahu warned that Iran is poised to become “a messianic apocalyptic cult controlling atomic bombs.” A similar sentiment was echoed in the words of Raymond Tanter, president of the Washington-based Iran Policy Committee.“There is a link between Iran’s nuclear weapons program and its ideology of trying to facilitate a cataclysmic event to hasten the return of the Mahdi…” he said.

However, there is another approach based on assumptions that Iran’s ayatollahs are more “rational” than the West has allowed and that their extreme rhetoric is due to Iran feeling threatened.

Between these two extremes there is the position of the Supreme Leader Khomeini, and then that of Khamenei, which is the formal and dominant position.

The Supreme Leader plays a balancing role by preventing deviations in actions based on messianic views. This Khomeinism view of “waiting” is characterized by cautiousness, avoidance of details and timing, and denial of claims about direct personal contact with the Mahdi.

As Thomas Finger once wrote, “since Iran is the world’s leading Shia power, many Iranians expect that it will play a major role in preparing for the Mahdi and in his subsequent activity. This belief renders Iranian Mahdism enormously significant in global politics.”

Iranian leadership acts under the pressures of Mahdism, a role which is sacred and whose position in Shia identity makes it deserving of high sacrifices. Both main approaches – realism and Martyr state- are deficient, so,

Since Mahdism prioritizes certain issues in Iranian foreign policy, it does not determine all policies, but rather shapes them.

Hosam Matar is a Lebanese researcher of International Relations.