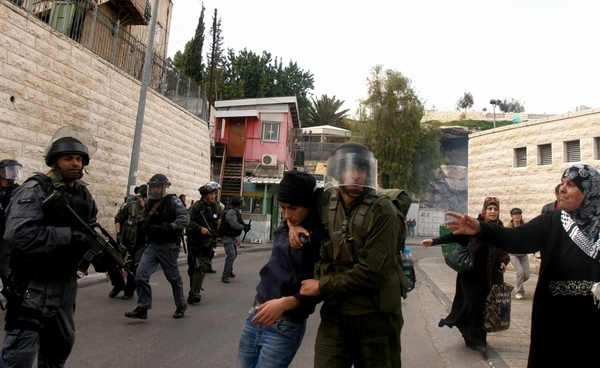 Several military jeeps invaded Beit Ola town, in the Hebron district in the southern part of the West Bank, broke into and searched several homes, and kidnapped a Palestinian and his sister.

Local sources said the soldiers kidnapped Yousef al-‘Aker, and his sister, Samira, 21, and took them to the Etzion military base, for interrogation.

Soldiers also invaded Ithna nearby town, installed several roadblocks in Hebron city, and at the entrances of the nearby towns of Sa’ir and Halhoul, stopped dozens of cars and interrogated the passengers while inspecting their ID cards.

Furthermore, soldiers invaded the Jenin refugee camp, in the northern West Bank city of Jenin, and kidnapped one Palestinian.

The Palestinian, Rokn Jamal Nashraty, 20, was kidnapped from his parent’s home after the soldiers violently invaded it, and searched it.

The Radio Bethlehem 2000 has reported that the soldiers also invaded the homes of Omar Abu al-Haija and Majd at-Tubassy, interrogated them and their families.